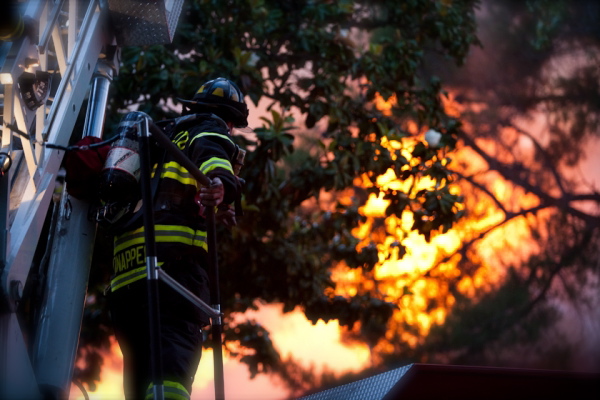 A captain, chauffeur, and 3 firefighters are sitting in the office at the firehouse in front of the station computer when the chief walks in and says, "Hey boys, what's doing?"

Though it has all the beginnings of a good one, this isn't a joke, although a sharp-tongued comment is forthcoming, rest assured.

Peering over the men’s shoulders the chief sees the image of an apartment building with smoke billowing from it flickering across the screen.  At the sight of it the he scoffs and rolls his eyes, "Humph, size ups, huh?  Yeah, that’s good to know, but its only 1% of what we do.  99% of being an officer is administration."

To this clearly out of touch, and off-base comment the quick-witted, and brazen chauffeur replies with a chuckle, "Yeah chief, but that 1% is 100% of what will kill you.  Don't you have some papers that need pushing?"

The rest of the crew snickers and internalizes a brusque, "Aw, damn!"

The captain shoots the driver a dirty look in mock-disapproval, knowing his phone will be ringing later.  Inside he wishes he was as whip-smart-hilarious and fearless as the chauffeur, but in his position...

The ear-bending phone call he will get from the chief will be worth the laugh he and the crew enjoyed.

The chief checks his watch, puffs his now flushed cheeks and declares that he is late for a meeting and slinks from the station, forgoing adieus.  It’s hard to argue when something makes sense.

The sell-out comment regarding statistics from the chief is as much a statement of fear and insecurity as it is about minimizing the importance of preparing for emergency response.  In the dynamic realm of the fire service, the military, and even competitive athletics - rehearsal, sweat, and preparation are everything.

The truth of the matter is in any endeavor where the stakes are high – dynamic, low frequency, high-risk situations - the amount of front loading, training and rehearsing, prior to the incident is, and must be, in total disproportion to the amount of time actually spent solving the problem. It is the natural order of things, problem solving occurs well in advance of any incident.

Simply put, if we are doing things right, the better part of our time should be spent on the less than 1% of emergency incidents that pose a risk of serious injury or death to our crew.  We must practice most vigorously for those situations that will kill us if we don't get it right.  We must train proactively.

Stop for a moment and consider how often we are actually called upon to perform the skill set that we put so much time, thought, and sweat equity into.  How much of our time is truly consumed by the act of battling fire and performing hair-raising, death defying acts of courage to save the public from the ravages of unrestrained fire?

Not much time really.

The time spent in rehearsal pays dividends when the curtain goes up and we're called upon to perform.  It isn't glamorous, it isn't exciting, but it is what separates the great from the mediocre and it helps ensure that when called upon to perform the 1% of what is 100% important we will function as we are trained. We're only as good as our last performance, and we're only as good as the work we put in before we are to compete.

Break down the amount of time that a professional football player spends in preparing for battle on Sunday. For arguments sake, lets say a 60 hour work week boils down to 15 minutes (maybe) of actual hand to hand, kick-the guys-ass-in-front-of-you-combat on the gridiron. The culmination of a weeks worth of work, not to mention training camp (usually 5-6 weeks), ends up working out to around .41% of time spent on the end product, the game.
Is this a disproportionate amount of time spent practicing something that football players rarely in terms of time and effort actually do?

For the athlete results are all that matter. In the end, a player’s livelihood depends on how they perform. They are judged in wins and losses and nothing more.  Great athletes know the value of hard work and preparation, and the successful ones never stop preparing.


If we are doing things right, the better part of our time should be spent on the 1% of incidents that pose a risk of serious injury or death to our crew.

The SEAL team that recently took down Bin Laden in Pakistan trained relentlessly, running scenario after scenario in a full-sized mock up of the secret compound - for what was to be a 20-minute operation.  They rehearsed for plan A, plan B, and plan C assiduously so that when things weren't going as planned, things rarely do, the team had a fallback plan, and another, and another.

During the storied incursion, one helicopter crashed, and a myriad of other unforeseen events transpired, but through preparation and a deep commitment to the team, and the warrior way, the super-secret operation was a success. The target was neutralized, and the SEALs suffered no casualties.  The team rehearsed time and again because their lives and - more importantly, if you ask them - the lives of American citizens hinged on their ability to perform when the green light was given by the commander-in-chief.  Their job - like ours - is about vigilance, preparation, and little else.  There are no secrets to success.  Success is the result of training, sweat equity, and the ability to learn from mistakes. 100% of what we to do physically and mentally, must prepare us for the 1% of what we are expected to do.
Those who understand preparation know how much sweat and study goes into achieving an elite level of performance.

Elite performers in any endeavor, a warrior, a gladiator, or a firefighter relish the notion that they must be prepared for anything, welcoming challenges, constantly preparing for the next test.  They all flourish on the drill ground and in competition, it is where they find their peace, it is where they come to know themselves.

They know the challenge lies in staying sharp, in keeping the competitive edge, and it’s about winning all the time.  Top performers are always ready, they know that being prepared is all that matters.

These driven few often toil alone or in small, tight-knit, misunderstood groups; lost in preparation, fussing over details, and slick from sweat. The proof - the truth - is offered by performance, not by idle speculation. They are doers, and they don't talk much about it.  They know that there is no substitute for hard work and dedication to the way. The way is theirs to possess, yet they will gladly share their knowledge with whoever chooses to walk beside them.
In order to get there, training situations must replicate what they are going to face. Training must be for specific situations to make sure all participants know their role in any given situation. Stressful situations must be trained for; everyone has to have the opportunity take reps - and remain engaged by taking mental reps while others perform the skill - so that they have confidence to step into any role and they're not afraid to step up when called to do so.  They must understand their responsibility and how it relates to other evolutions - so that chemistry and fireground flow is maintained.

Every success at the operational level is resultant of hours of trials and tribulations in the classroom and on the drill grounds.

The mechanism for successful training delivery is maintaining focus and high concentration levels at all times. The player, firefighter, or warrior must trust that all skills are important and keys to their ability to achieve their desired goal. They must believe that the drill instructor has the ability to take them to Plus Ultra, beyond where they thought they could go or what they ever thought possible.

The destination might be scoring every time the team is in the red zone, making the all-important kill shot, or achieving knock down and completing a primary search in a safe and timely manner. The point is, it’s the journey of training that gets us there.

Great performances are the result of working your ass off and never giving up. Top performers know that there is no better test of their resolve than adversity. Each defeat, each loss, each practice, is its own vessel to improving performance in the future. 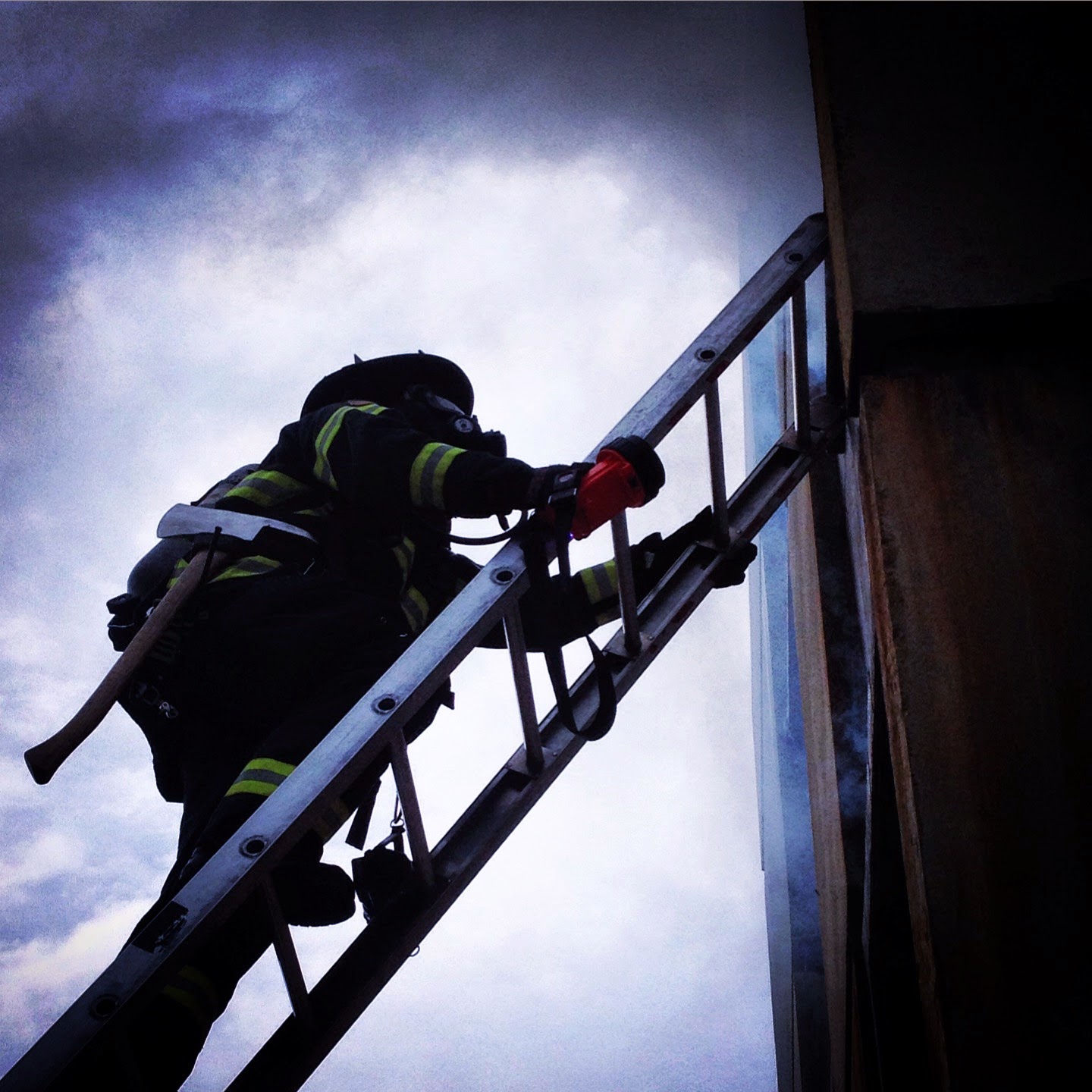 Top performers know that there is no shortcut to being the best, their religion is the craft. In their church they don't pray for easy lives.  They are pilgrims who pray to become better performers and surpass even their own lofty standards.

There are those who believe that fighting fire and time spent on emergencies is extremely limited, therefore our time spent in preparation for emergency response and monies allocated for continued training is rightfully reduced when budgets are slashed. Those who believe this to be true couldn't be more wrong.  The work that we put in before the incident determines the outcome.  We must be trained - proactively - so that we can anticipate what will happen next.

If we are not putting forth the majority of our time, energies, and resources towards tactical readiness - for those situations where we don't have time to think and must react at the unconscious competence level - we are not living up to the promise that we made when we took our oath to protect and serve, and we're not upholding the commitment we made to each other.

The 1% of what we do, when we really hang ourselves out there, is 100% of what the public relies upon us to be able to do.  They expect perfection from us and we should demand it of ourselves in order to be true to our word.  Peace of mind is achieved through the self-gratification of knowing that you trained as hard as you could to be the best you could possibly be.

I asked a family friend over beers at Christmas, a member of the SEALs who was getting ready to deploy to Afghanistan for the fourth time two weeks later, "How often do you train to do your job?"

I already knew the answer.  I've read the books, and I've seen the documentaries, but I wanted to hear it from him.

His reply, "All we do is prepare."
As should we.
As firefighters, if we lose our cool and can't keep our heads we are no better than an untrained civilian.  Success is not about luck, but rather about preparing to win.

Consistent performance is directly linked to consistent preparation.  The top performers in any realm are the masters of skill and emotion, they are not enslaved by them. Fear doesn't keep you safe, your training does.

99% of the job is preparation, 1% is application. Get your percentages right.
Posted by Mark vonAppen at 6:57 AM 5 comments: 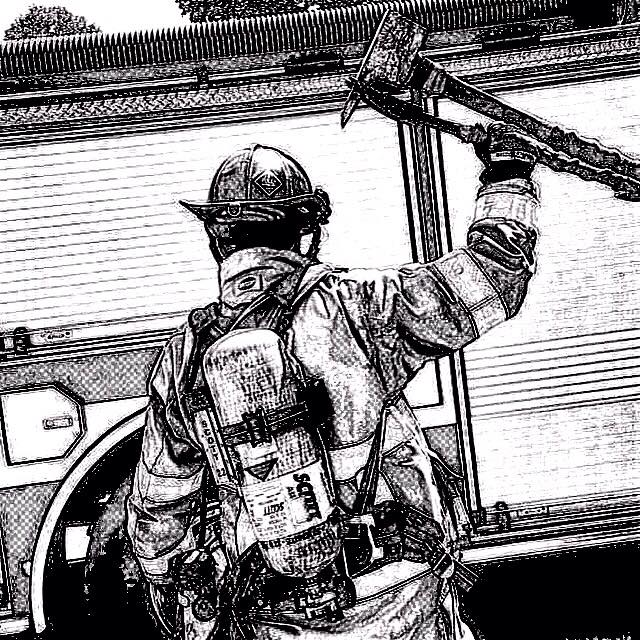 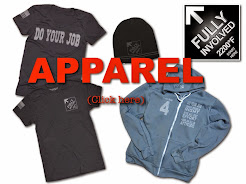 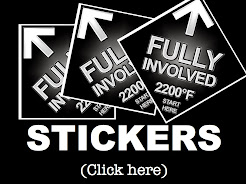